# Part I: Tests for a cybersecurity data set

"As required by section 13402(e)(4) of the HITECH Act, the Secretary must post a list of breaches of unsecured protected health information affecting 500 or more individuals.

"Since October 2009 organizations in the U.S. that store data on human health are required to report any incident that compromises the confidentiality of 500 or more patients / human subjects (45 C.F.R. 164.408). These reports are publicly available. Our data set was downloaded from the Office for Civil Rights of the U.S. Department of Health and Human Services, 2015-02-26."

Load this data set and store it as cyberData , using the following code:

Compare the number of individuals affected by data breaches (column Individuals.Affected ) in two states, Arkansas ( State=="AR" ) and California ( State=="CA" ).
This can be done by performing a test of difference in means, for example.
Repeat the same test for another pair of states, California ("CA") and Illinois ("IL").

Please note, in order to answer this question completely, you will need to run several lines of code, extract subsets of the data appropriately, run a statistical hypothesis test, and interpret the results. Draw a conclusion. Partial answers to the question will are insufficient.

The F test tells us that we should reject H0​. The variances are different.
We should do t-test with different variances.

The F test tells us that we should reject H0​. The variances are different.
We should do t-test with different variances.

Explore the variable Type.Of.Breach collected in this data set:

The proportion of data entries in cyberData have Type.of.Breach == "Hacking/IT Incident" is r prop .

After prop test , the p value is 0.05505 which is larger than 0.05.
So there is no difference in proportion of Hacking/IT incidents between the state of Illinois and the state of California.

You will spend some time thinking of some real-life applications for statistical learning.

Describe three real-life applications in which classification might be useful. Describe the response, as well as the predictors. Is the goal of each application inference or prediction? Explain your answer.

Describe three real-life applications in which regression might be useful. Describe the response, as well as the predictors. Is the goal of each application inference or prediction? Explain your answer.

Describe three real-life applications in which cluster analysis might be useful.

Construct a simple linear regression of medv with crim , dis , and age respectively. Based on the output, answer the following questions:

I will choose predictor of crime with the highest R square and the smallest RSE.

Please use all the other features/attributes to construct a linear regression model.

The R2 in the new model increase compared with question 7. There is no difference between fit_all and fit_improve, so fit_improve is best among all built models. 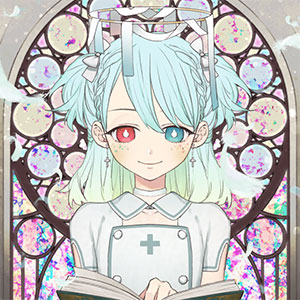